Novel Bytes
Drama Blog - The Princess and the Art Thief
At BronyTales, we’ve always had an anti-drama policy. Unfortunately, no community is immune to bouts of drama of all flavors, and we have certainly had our fair share. I’ve personally had to deal with more drama cases in the past year than I’d ever had to deal with in my nine years of brony fandom. Unfortunately, it seems that by avoiding spreading the details of drama as to not encourage gossip I have unintentionally made things worse. By not speaking out, I’ve permitted those looking to tear people down to tell their own version of events uncontested.

And so I am taking some steps to document for everyone some of the more recent and larger-affecting cases, starting with an issue central to one of our larger sub-communities: art base theft.

One of the most prestigious possessions possessed and perpetuated throughout our pony party populace (that was fun) is a pony Minecraft skin for the MLP mod. Most people use skins found on Pony SkinCraft, but there are people who specialize in skincrafting and others who like to commission skins for their OCs. In the BronyTales community, there are several artists and tinkerers who craft or modify skins to make them unique. However, one aspect to keep in mind that skin crafting is an art, and making completely new skins involves a degree of skill. One which I personally lack.

In early March 2020, Koto/WallyTiger/Cadancee/Rosanella posted their author link on SkinCraft in reference to a voice chat. They linked Abella/SilverStream/xXfluffycipherXx’s page, then theirs, and it was then that Abella noticed that the skins on the site that looked awfully a lot like their skins. Down to the pixel. And the descriptions did not credit the original artist. For context, in the artist community, it’s generally very much taboo for you to trace someone else’s art and then claim it to be your own. In the MLP community, there have been vendors at pony conventions banned from returning because they traced other people’s art and then sold it at their art booth. 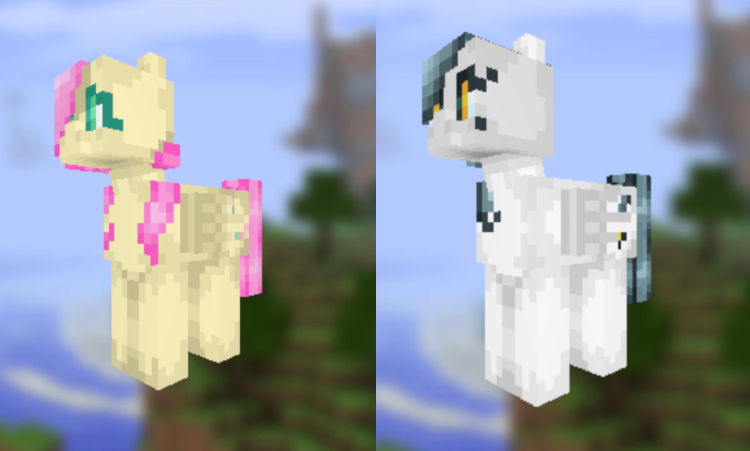 As the art was hosted outside of BT, wasn’t being advertised on BT as theirs, and wasn’t done expressly in spite of player request, we did not take action at the time. I let Abella know that they should ask the person to give them credit. Per our server rules, we could not intervene if the player in question had not been asked to provide credit as this was outside of BT and did not involve players on BT at the time. Abella asked them to provide attribution, they did, it was done, and that was the end of it. Everyone was happy, crisis averted. 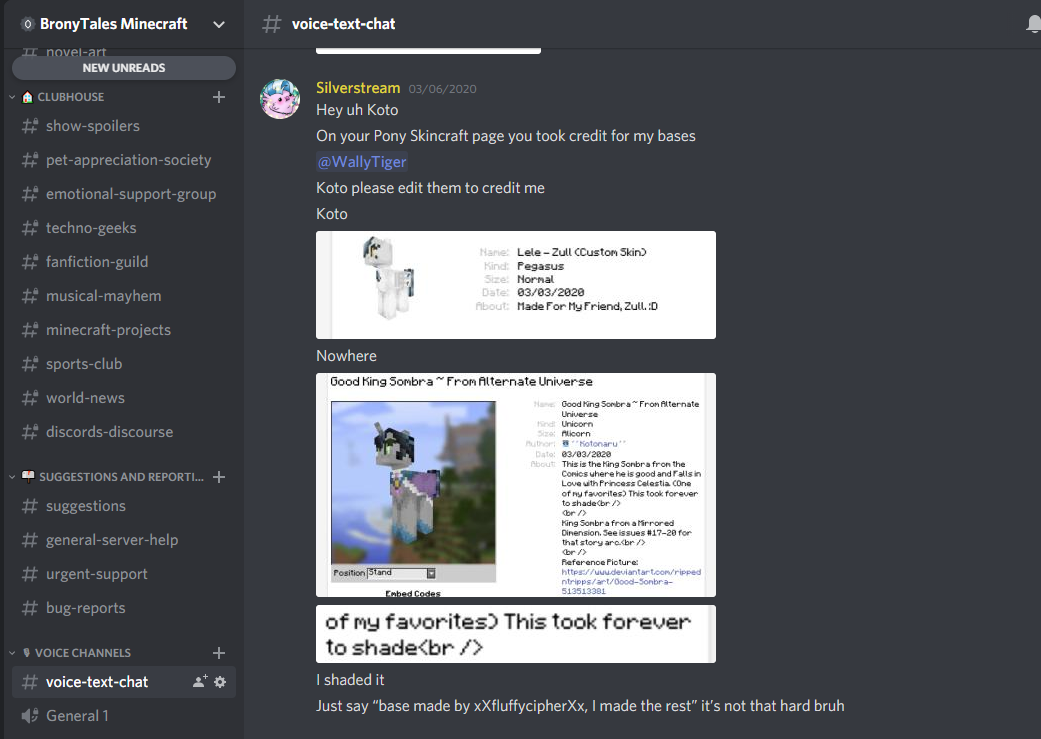 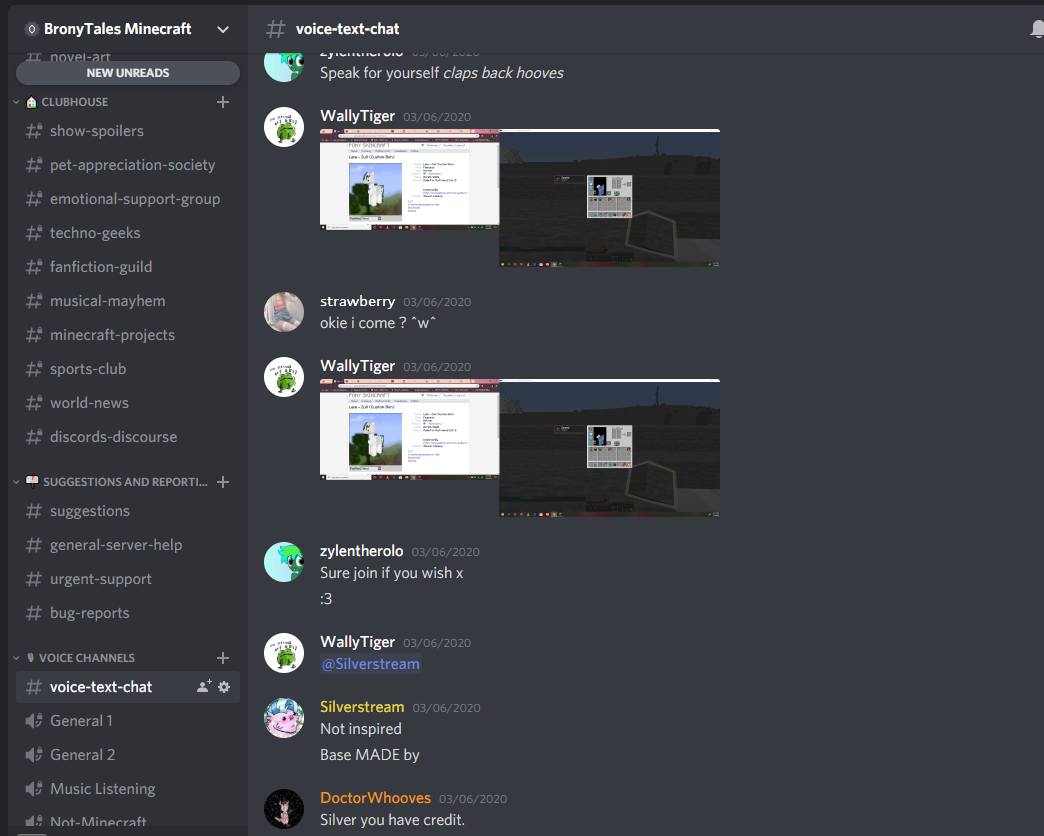 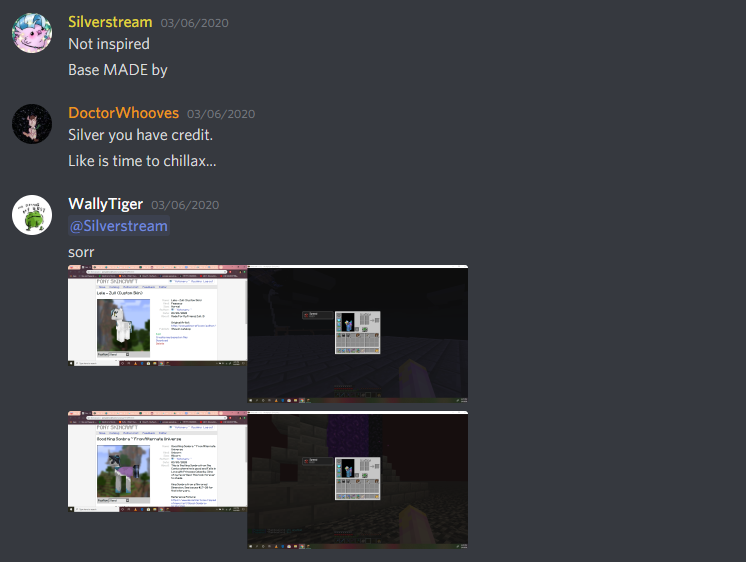 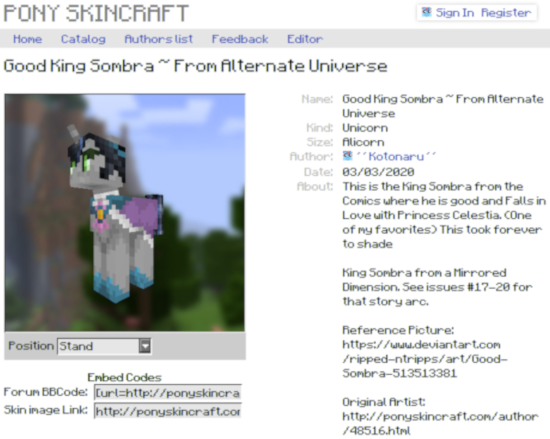 Or so I thought. I mean, if that had been the end of it, I wouldn’t be writing this blog, now would I?

20 days later. A new Pony SkinCraft account is submitting more skins that use the same base as before. These ones once again do not credit the original artist. In a private chat, Koto acknowledged that it was their account and that these had also been traced, but decided to delete the images from the website this time rather than add attribution. 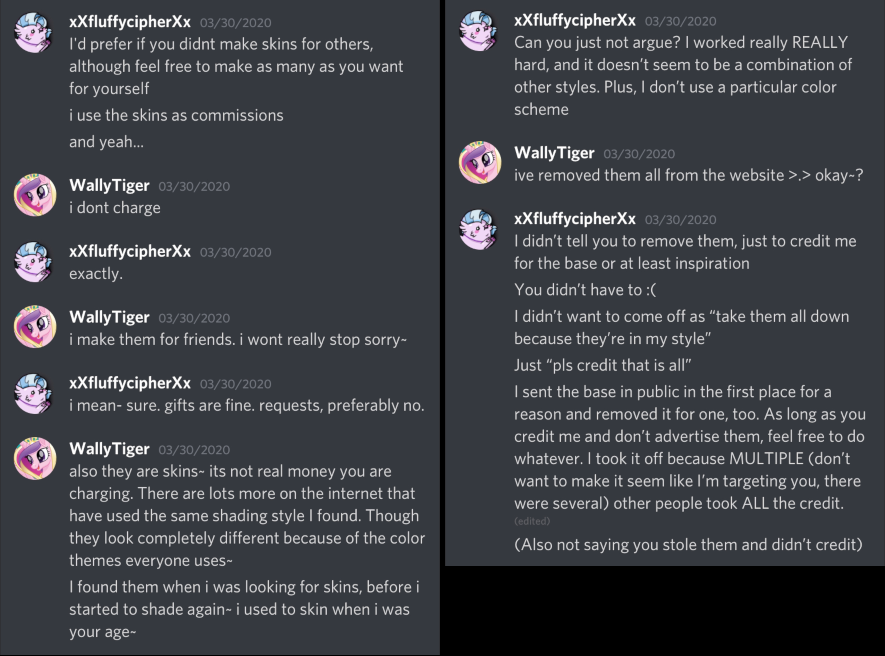 At this point, this was becoming somewhat concerning. Here they were posting copied or traced art using a new alias under a new account, without any attributions, after being directly asked to credit the original artist, then deleted everything when asked about it. Officially, though, they had taken action to resolve the issue and hadn't caused any issues on BT. There was nothing to follow-up on. Problem solved. 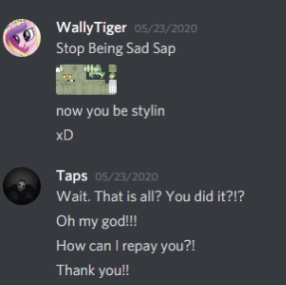 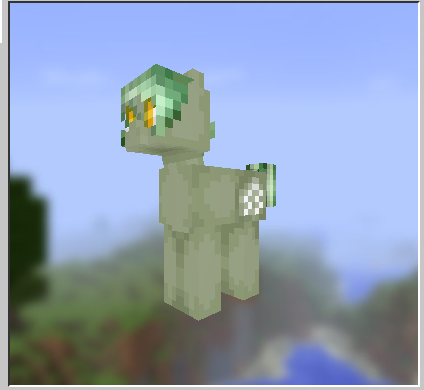 Now, to be clear, Koto was not forbidden from making pony skins for people on BronyTales. They were asked by an artist on BT to provide attribution whenever they used the artist's assets in order to create new skins. However, it soon became apparent that no-one who had received a custom skin from Koto was aware that the skin had been a modified image that Abella had originally made. Taps was kind enough to share their chat with Koto and permit us to share it in this blog, so you can see for yourself: 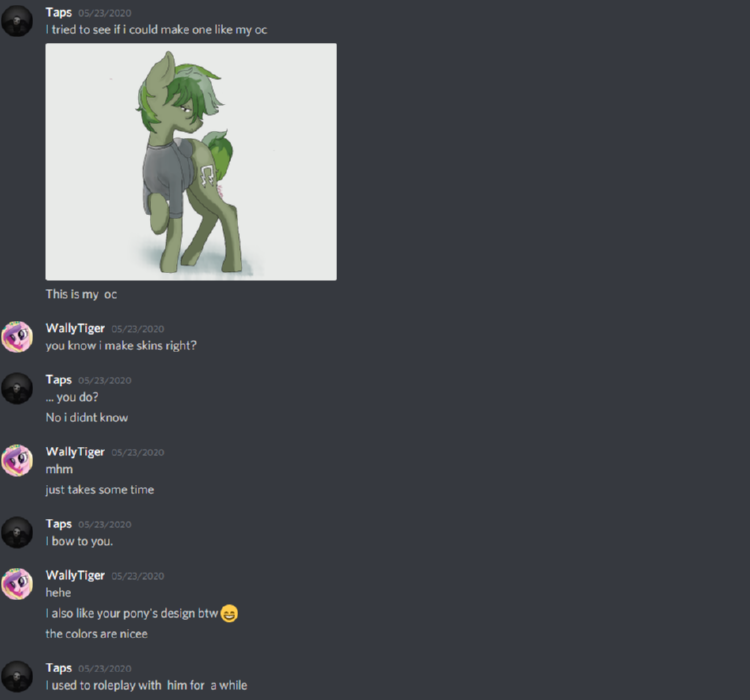 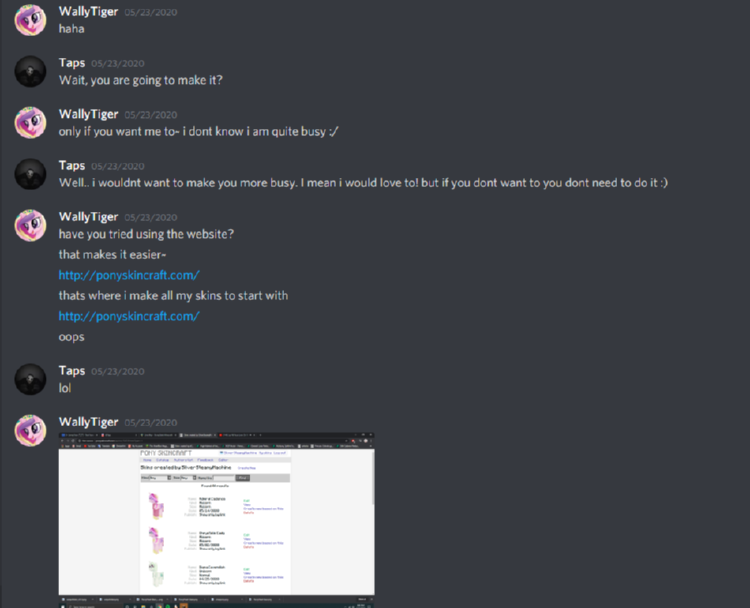 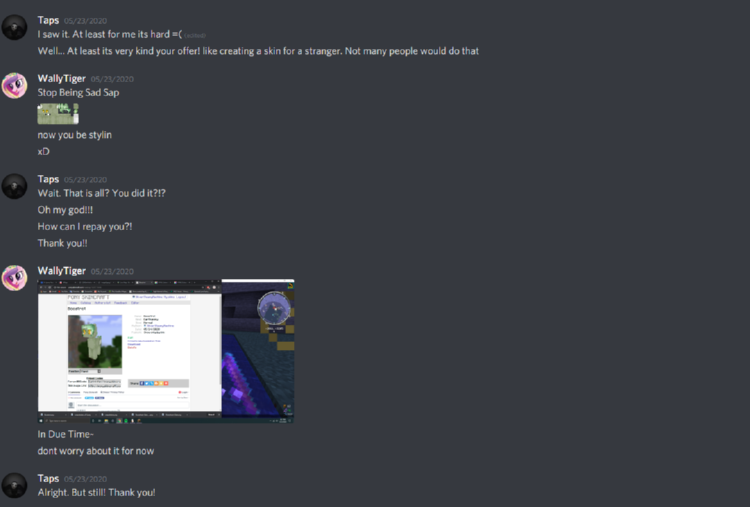 The screenshot that Koto shares of their portfolio is the alt account from earlier, which if you were to visit you will notice that none of the skins on that account carry the base attribution as Abella had requested. We also found that this alt account had not actually removed all of the traced skins as Koto had said they would, nor did any of these skins provide attribution as had been requested. 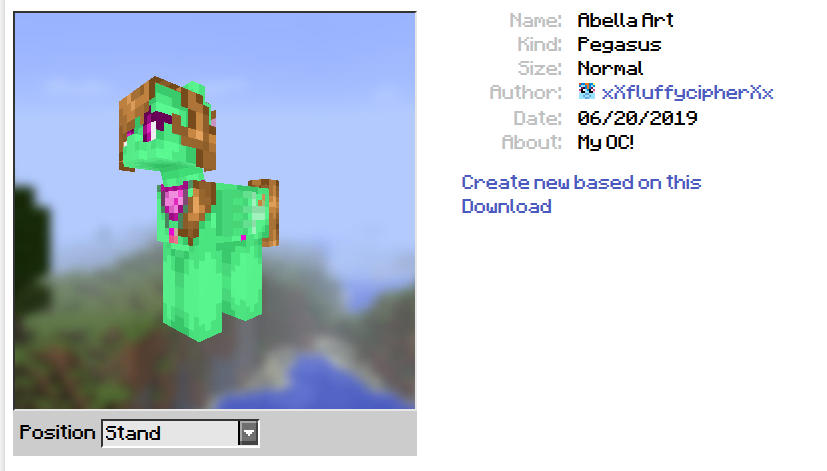 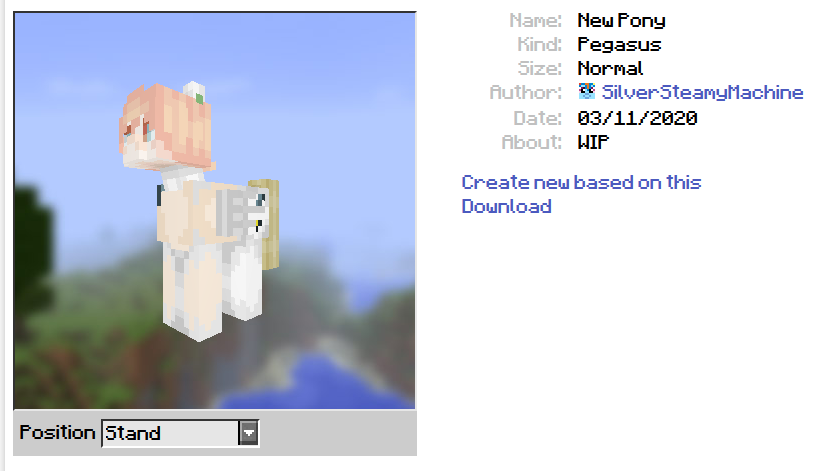 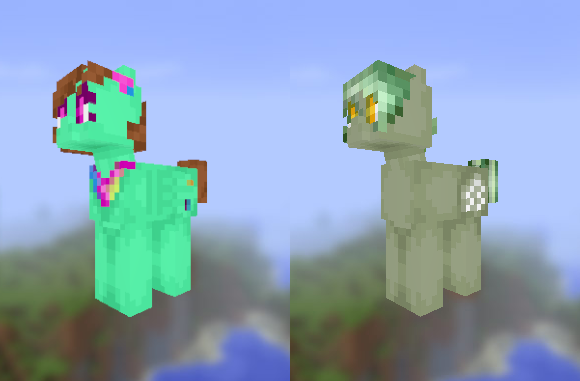 Another skin that Koto had given to another player was for Flurry. This is the most blatant instance of base theft of all of the cases before it:

[update 2020-07-28, I have been informed that this particular instance may have been misunderstood, adding a disclaimer until more information is available. Images converted to links for posterity]

At this point, the moderation team on BT was now involved. This individual has been asked by another to respect their work and they instead started hiding what they were doing. To make matters worse, this individual held a Princess title on the server while they were doing this. Roleplay names hold a prestige and as such people who hold those names are expected to represent the character and to an extent represent the server itself. A high-ranking canon stealing art assets from other players and presenting them as their own is not an image we wish to associate with BT.

Koto at first questions why copying art is even an issue, questions Whooves to whether they are asking out of friendship, and ultimately denies that anything had been copied from Abella's work without attribution.

After much discussion, it was decided that the severity of the offense combined with the unapologetic and confrontational behavior when confronted warranted a one-week time out and removal from the "Cadance" role. They were informed of the reasoning for the ban, and they then demanded we prove that they had stolen any art. When provided with one of the screenshots we have, they admitted that they had done that and then instead claimed that they did now know that they needed to credit the artist, as though they hadn't been asked twice before. 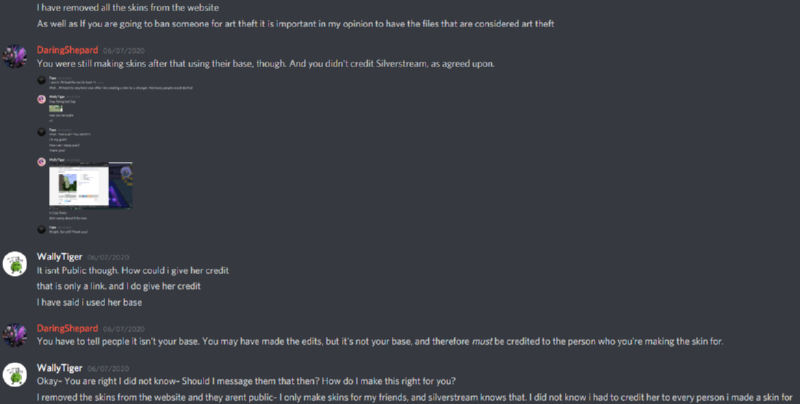 Unfortunately, that wasn't the end of it. 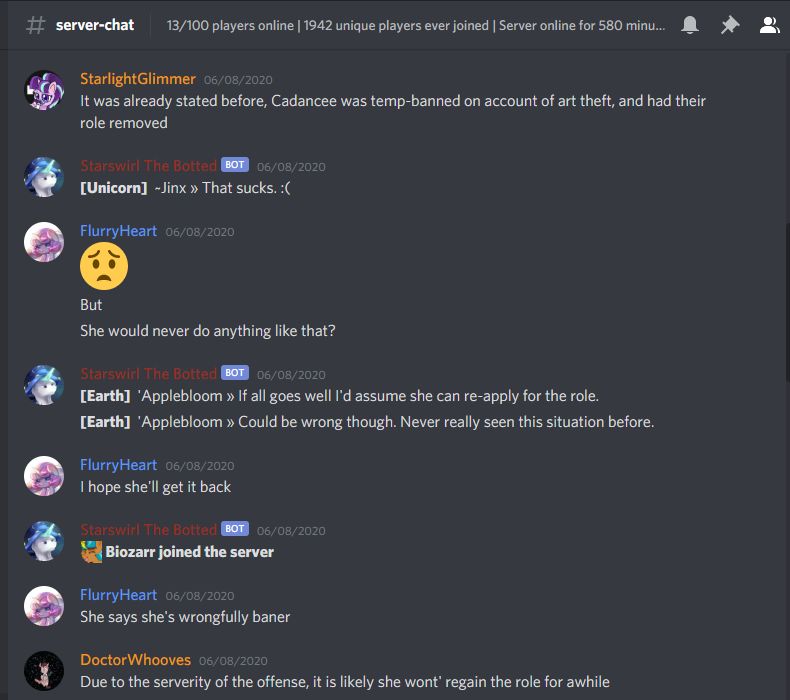 Koto ran a Discord server for Crystallic Sombers, a sub-community of players on BronyTales. On that server, they told everyone that they had been banned for something that they didn't do, and a number of people listened and believed them. (I may post about the Zylen/Fluttershy drama at a later point, but it's just about as petty, in my opinion). We fielded questions that players asked, but in an effort to prevent "he said / she said" and other retaliatory gossip, we did not reveal the artist who was disenfranchised or the actual art that was stolen. One of the reasons Abella did not want to be identified at the time was that they happened to also be a member of the CS, which Koto still was the head of at the time.

On July 7th, about a month after the initial ban and weeks after it was already resolved, Abella was suddenly banned from the CS discord. No warnings were issued, and other leadership in CS weren't even aware that it had happened. Abella was unbanned and re-added to the Discord server, but when confronted about it by the group's other leading members, Koto decided to delete the server altogether rather than to lose control of their server.

So, that pretty much sums up the incident.

Remember to be kind. We all make mistakes, and it's important to recognize and admit when we do. Artwork is the artist's copyright with very few exceptions regardless of where it's posted, and if the artist is asking you to not distribute or to provide attributions, you should do so. It is disrespectful to the artist continue to use their assets as your own, especially if they have served you notice, and in many cases can lead to disciplinary action. Not just on BronyTales, but everywhere else as well.

Well, that exhausting. Sorry this wasn't released on-schedule.. the 1.16.1 update took a lot more work than anticipated.
Have a derp: