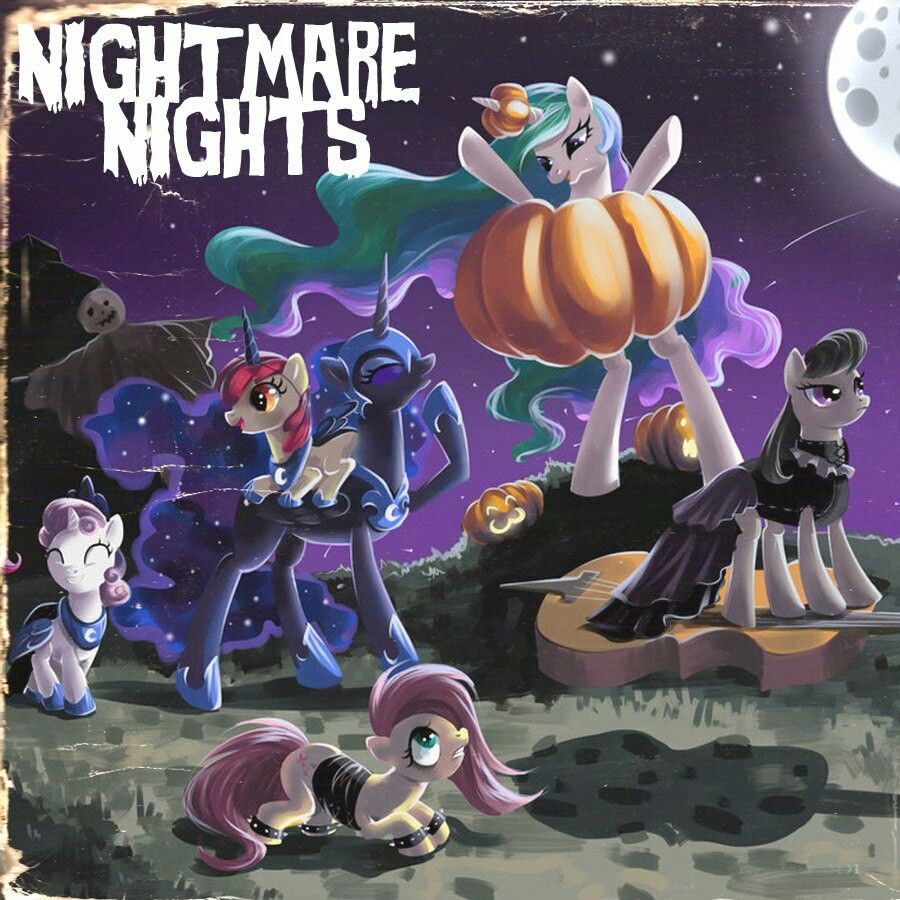 Happy November, my little ponies! Today I'd like to take some time to reflect on our recent event: Nightmare Night. We had an amazing turn out by the community and its only natural that we should commemorate something like this with a proper blog post. To start us off, we hit a record player count of 47 players on at the same time, that's crazy! Roughly twenty or so players participated in the costume contest, and we had about 10 writing entries for our story contest. We didn't know what to expect to see that night, but we were amazed at how positive the community was, and how active people were with participating in the fun. You all really made that night something to remember, so I'd like to thank you from the bottom of my heart for joining us in the fun.

The first event we started the night off with was the Haunted Maze, with about 30 players all stacked outside the entrance. Seeing everyone rush in together was exhilarating. Some finished it quickly while a few others were added to the maze's missing pony list. (If anyone has seen Starswirl please let me know). Those of you who managed to brave every scare in there walked away with a very nice commemorative item, the "Night Mare Night 2020 Apple." I do hope you all had as much fun in the maze as I did.

The next event we held was the costume contest, and oh my, what a massive turn out. The participants filled the area behind the presentation stage, and the audience was full in front as well. It was, by my account, a real jaw dropping experience. So many players took time out of their busy lives over the course of October and made absolutely stunning skins. Once everyone took their place on stage, showed us what they had worked on, and explained a bit about their skins, choosing winners was not easy by any measure. For first place, we gave that position to Orion Serenity. 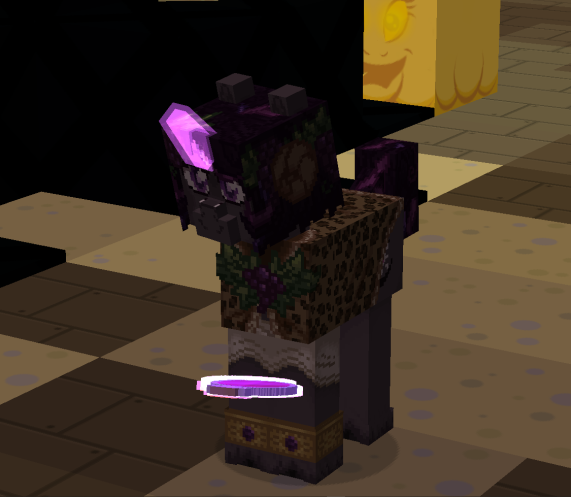 They created a Dionysus cosplay while keeping their OC in tact, and that effort landed them the winning slot. The detail of the skin was referenced by several judges as having an authentic painting look to it, the detail was immaculate. Second place was given to Pinkie Pie, do to truly capturing the horror of a nightmare. 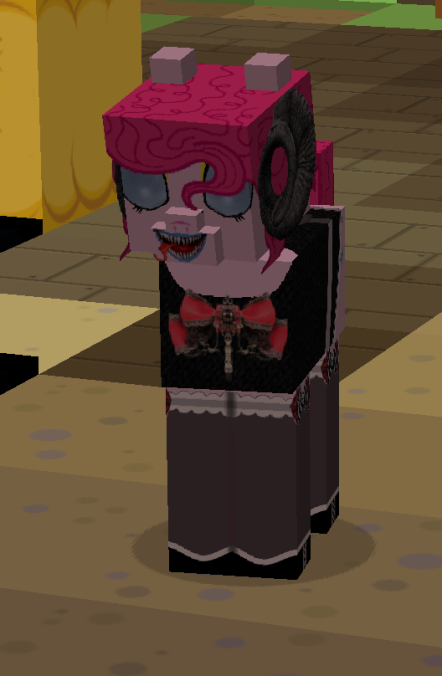 Anyone who laid eyes on their fiendish skin isn't soon to forget that feeling in their gut. For third place, we had something a bit different. Two ponies were rewarded with third place, as both were equally detailed and original. Snazzy 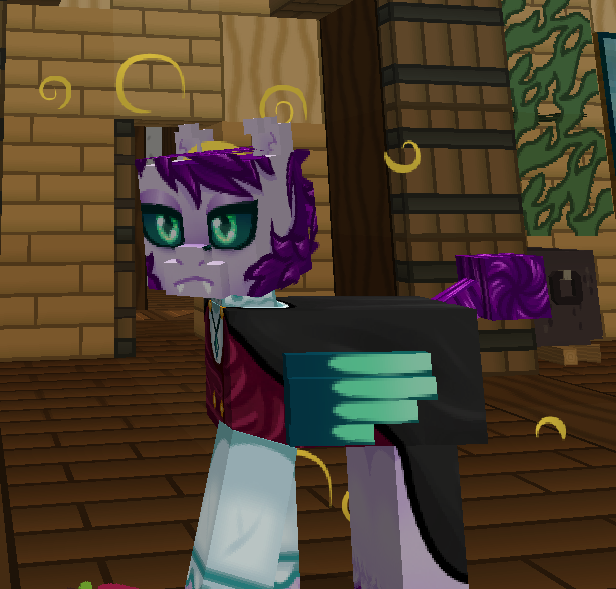 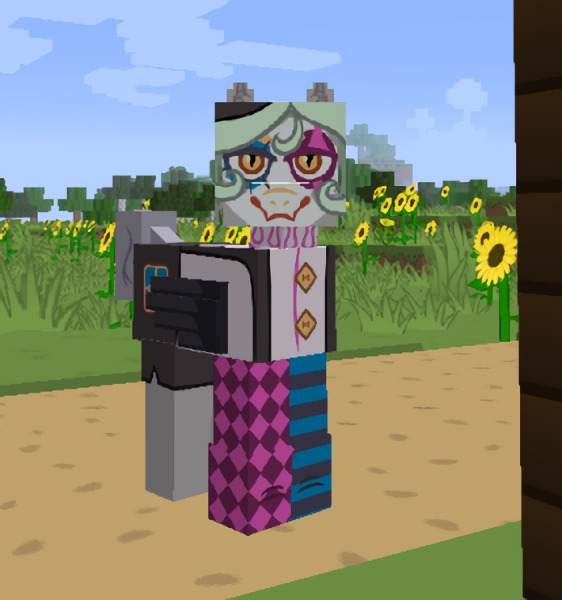 won third place. After much deliberation from our judges, they settled on giving both contestants the bronze medal. Snazzy went for a classic vampire look, with incredible detail spent on the mane, face, and outfit. Everything about their costume spoke "I am a true vampire lord". GrayMane's skin was closer to that of a clown or harlequin, with expertly applied makeup and bright colors conflicting with their still-visible frown, it landed extremely well. With the community having such talented players, we look forward to seeing what everyone comes up with for our next event

Directly following, we held the writing contest. Out of the 10 entries we received we had three winners. First place went to Pinkie Pie and their story "Attic Tea Time" A short scare that really blew us away, well written and stylized for anyone to be able to pick it up and get a good spook. Accessibility and scare factor gave this entry our number one spot. Second place went to Fluttershy and their entry: Everfree Forest. A tale of what could go wrong when you don't listen to your elders. Our third place went to Snazzy and their work: "Scary Realities". For our older players, I highly recommend this longer read, the author conveys a sense of thrill and dread in their writing. All submissions including honorable mentions are able to be read at the event plaza in Ponyville until early December, so if you are curious check them out before they're vaulted for good!


I also took the chance to interview some of the players from the event, to get some additional feedback to the event. I asked each of them the same three questions and this is what they had to say:

Our first interview was Snazzy, they were really invested in preparation for the event I just had to ask for an interview.
Question One: "What was your early impressions on the announcement of the event at the beginning of October?"
Response One: "When I first heard the announcement of the event, I was really excited. Seeing the staff team put even more extra effort in felt really special."
Question Two: "Out of all the events we featured, what ones did you have the most fun with?"
Response Two: "That's honestly a hard one. It's between the writing contest and the costume contest. I'm a creative person, so both were interesting. I'd say I loved the costume contest more however, since my creativeness drives toward visual art."
Question Three: "What moment was the most memorable for you of the night?"
Response Three: "The Bat Pony reveal, definitely. With my own character being one, it was extremely thrilling, and that's besides the fact that it was the perfect race to reveal during the event."


Our second interview was GrayMane, hidden talent in a tent.
Question One: "What was your early impressions on the announcement of the event at the beginning of October?"
Response Two: "Well, I was pretty happy there was going to be an event
at the time, I think there had been only maybe one or two small events prior?
I missed it but I know there was something for Hearts and Hooves Day."
Question Two: "Out of all the events we featured, what ones did you have the most fun with?"
Response Two: "To be honest, I liked just being rowdy and seeing all the other ponies in-between the events,
even multiplayer Minecraft is honestly single player for most of us at the end of the day.
I only really participated in the costume contest, but going back through the maze later and seeing the little easter eggs was nice.
Question Three: "What moment was the most memorable for you of the night?"
Response Three: "I think the most memorable part of the night for me was probably walking into the Everfree forest with that big crowd of ponies.
It was like we were a phalanx formation or a parade or something
I dunno, I wasn't expecting it to lead up to anything too big, but I should have known better.
Lo and behold, there was the long awaited bat pony class."

I couldn't find many pictures of the Everfree parade walk, so please enjoy this singular screenshot and my interpretive art. 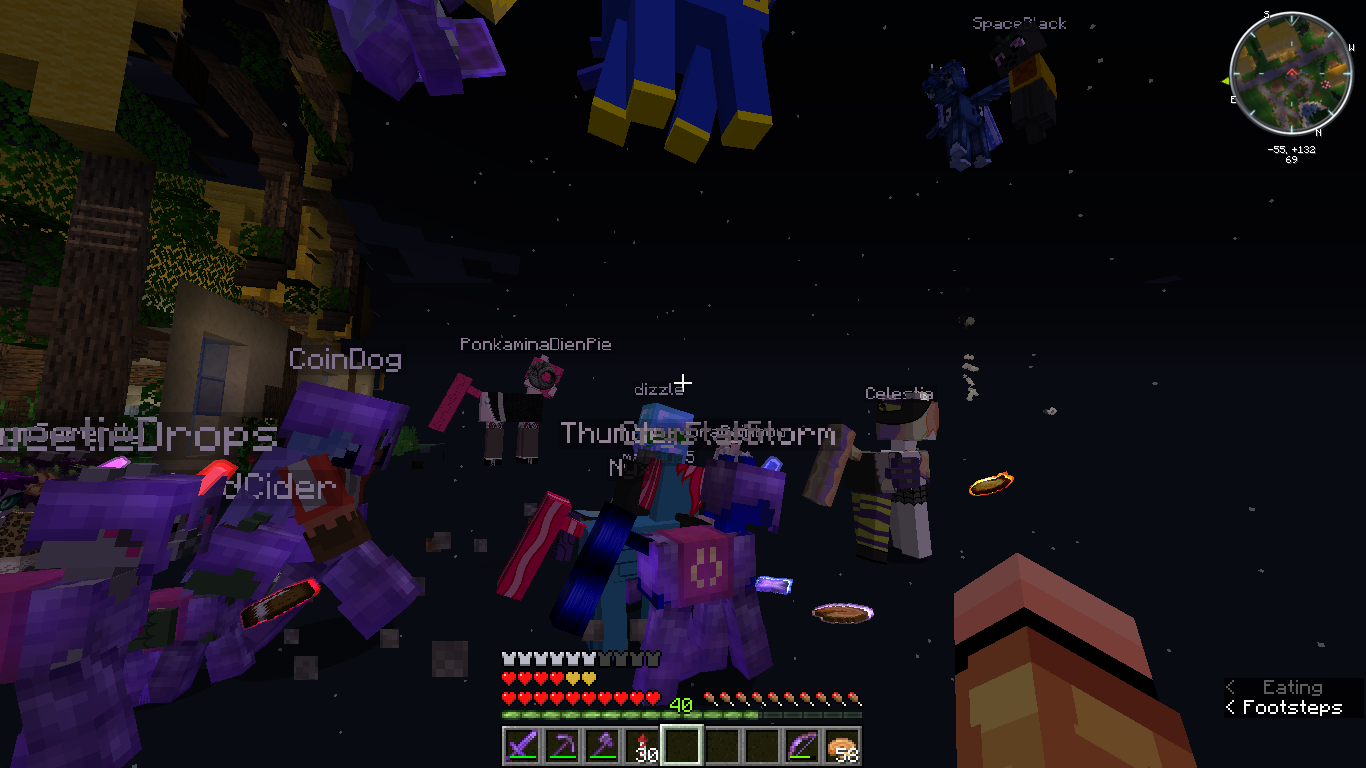 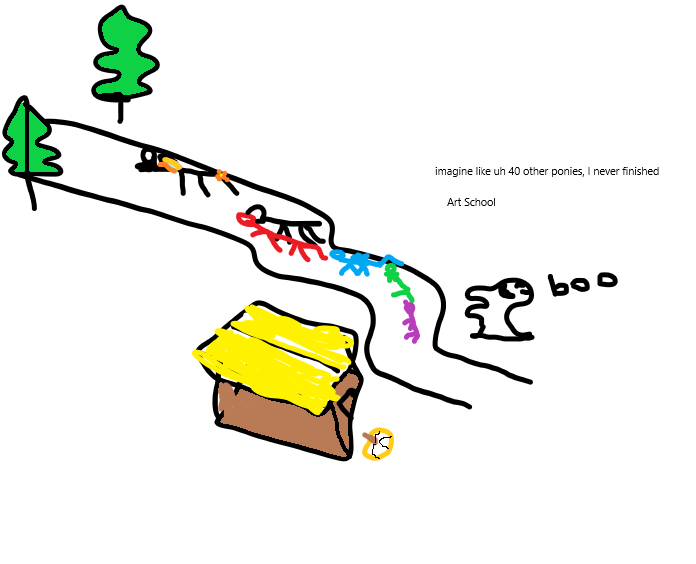 For our last interview I thought interviewing one of the members of staff, as they were likely to have a different perspective to offer as well.
I kindly asked Daring Shepard for some of their time for an interview and they agreed, though our third question got lost in a massive conversation.
Question One: "What was your early impressions on the announcement of the event at the beginning of October?"
Response One: "I was most surprised at the energy behind the event on both the staff and player side of things. It was refreshing to see, yes."
Question Two: "Out of all the events we featured, what ones did you have the most fun with?"
Response:Two "I think the costume contest was my favorite part of the night. Seeing everyone line up to show off their skins was awesome, and I absolutely love the bells that we used to represent clapping, and I think the players did, too."
Question Three: "What moment was the most memorable for you of the night?"
Response Three: "The whole night was rather memorable, but the most memorable for me was probably when people saw the rewards and Bat Pony reveal, at the end of the event."

I'd like to thank everyone who joined us once again. The event has left everyone in high spirits and I'll wrap things up with some exciting news. Our Hearthswarming celebration is coming up fast, so make sure to be extra nice for some special goodies in December. Always remember to enjoy each holiday! They only happen once a year, but the memories can last a lifetime.
Kanade Tachi    13 Nov 2020 / 20:20PM