A tired 12am blog by an overworked server pony. 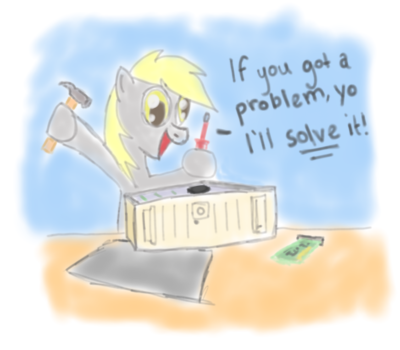 Image
A lot of ponies have asked me how they can run their own server. Seriously, a lot. Regardless of what kind of server you want to run, the question should not be how you can run the server, how you can set it up, how you can handle the players; the question you need to answer before you can even get properly started is why your server idea is different than what everyone else has out there. If you want to stand out and be noticed, you need to first understand your own motivation. If your motivation is to be recognized for running a server, then your server is not going to survive. I have seen three community Minecraft servers go down in the past six months that were only motivated to have a server because they wanted to have a server or because they were just trying to make money.

I know most of you may have clicked on this article looking for a technical guide to how to set up a Minecraft server, but there are already a number out there. Firewall guides, hosting and backup guides, plugin lists and configurations, even tutorials and classes on how to create your own Bukkit/Spigot plugins. While the technical aspect is certainly an important piece of a server - it is the central thing that everyone sees anyway - it is not what makes a server unique.

Why you want to make a server should then be the driving force of everything you do for the server. What modifications and game rules you have should reflect on your goals. Your server rules and rules of conduct must ultimately link back directly with your core goals. Your interactions with your players and staff should be motivated by and driven by your core goals. Your mission statement should not merely be hollow, flowery language but should mirror the ideals on which your platform is founded. Players may come to play to see what you have, but players stay more often than not because of the content rather than the game itself. How much care and attention you put into your game content will be noticed by the players. In our case, our community is the “content,” and is complemented by the game - not the other way around.

As an example of this, BronyTales’ slogan is “A Minecraft Server for My Little Pony Fans of all ages.”
BronyTales was created with the goal of creating a Minecraft server where everyone is free to hang out and play together in a safe environment free from toxicity; a place safe for kids but engaging enough for adults to enjoy. A place that is generally MLP-themed, but knowledge of the lore was not a requirement. Every aspect of the server stemmed from this root. Server rules were set up to try to explain the server expectations in detail. I designed unique plugins to provide interesting gameplay. I consulted with a number of players to figure out how the server could be improved, and still do. I review the suggestions chat regularly to see if there are any points in there that I can do with the resources I have that would also fit these goals.

A few times I have noticed a general drift from these ideals, and when I do I make an effort to correct this drift to get back on track. Ultimately, this means many hours and weeks spent determining the extent of the issue that led to the drift. Meetings, calls, planning and replanning. To run a community server you must be willing to make some concessions. A community is not composed of one person, but one person can have a great impact - positively or otherwise. You must be willing to accept criticism. Sometimes opinions expressed by others do not match up with your goals for the server, and sometimes you will be in the wrong and you must be able to recognize that and take responsibility to correct your error.

Staff are an integral part of any successful server. On BronyTales, staff are recognized members of the community who have volunteered to step up and assist with the day-to-day operations and moderation of the server. Even as a server owner, you can only spend so much time online and you can only see so much; you are not omniscient. I personally have even less time now to work or play than I had when I first started working on BT, and now more than ever I depend on staff and trust them with a great deal of the community and staff matters so that I can use the time I have to focus on keeping the server running.

Actually, while I’m writing this, I’d like to toss in a sappy public letter to the staff on BT:
To all of the old staff, new staff, prospective staff, and non-staff community leaders on BronyTales, I could not have gotten this server this far without you all. BronyTales would not exist without your continued help. The many hours spent every week on the server and on the Discord, working with players for everyday and for special events, the conversations and roleplays, the server shenanigans, watching for trolls, helping new players, the help I get with research and development on occasion. Staffing a server as a voluntary position is a mostly thankless job, and I am proud to have gotten to work with you.
Thank you all. 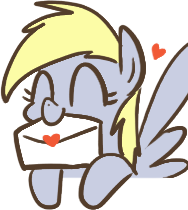 
Alright, that’s off my chest. Mostly. I’m not generally great at expressing gratitude, and I am extremely appreciative of all of the work that everyone - not just staff - puts into this community. BronyTales is not just a Minecraft server; it’s a community of people with a common interest who like to hang out, and BT is just one place they can do so. So long as the community wants to play on and support the Minecraft server, I’ll do my best to make sure it’s there for them.

Now on to a trickier topic: administration. On BT, staff positions do not make or recognize one person as ‘better’ at something than another person; rather, staff positions carry additional responsibilities and expectations. BT is a little different as far as traditional MC server staff roles go, but in general Helpers are staff-helpers, community-helpers, player-helpers. Moderators keep the peace, and Admins moderate the Mods. Bit of an oversimplification, there. The admin role is honestly the toughest position to fill on a community server. Admins are responsible for not only the day-to-day server stuff and working knowledge on all of the plugins and other software in use, but also for guiding policy as well as staff and server focus. Experience obviously weighs into consideration, but it's not everything – temperament, attitude, conscientiousness, and empathy are all important traits. An admin on BT is not just a server admin; they're a community admin, too.

Whew, I’m starting to get to the end of my 12am “Oh, I need to get a post out this week. I better write something” creative streak. A due date is a good thing for projects - life hack. Just make sure your personal due date is at least a day before. Oops.

Put two or more people into the same room for long enough and you’ll eventually have some conflict. Put 500 kids and teenagers into a room? Oh, boy.

Now, from the beginning we’ve had a “no drama” policy to try to officially curb people needlessly bringing up conflict or returning to tumultuous topics that have been resolved. Having a policy doesn’t mean that it’s solved, though. Some people will get offended for things that someone did without realizing it could be interpreted poorly. Sometimes they’ll take matters into their own hands to resolve the conflict, and sometimes they’ll be civil and understanding. Sometimes they’ll come to staff and accept whatever the staff find when the matter is investigated. Other times, though, things go wrong. Sometimes, it’s a staffer who is at fault. Sometimes, it might even be you, the server owner. As a server, and especially as a community server, you need to be prepared for those cases and how to deal with them and make amends. BronyTales is not perfect in this regard, but we’re trying to improve. One of those things we’re trying now is an anonymous mailbox so you can send me a message directly in such a way that I don’t know who sent it. The link is posted in the #information-desk channel in the Discord, if you have something you’d like to report or suggest. Obviously I don’t have a way to reply, but I do still get your message.

Last-Last topic, probably, advertising. BronyTales so far has not had any real advertising campaign, and while we may look into it into the future, it’s never been a focus. BT is a community server, and as such has never been profits-motivated. Having a website and sharing that around in communities that permit that, having a Twitter or YouTube or Reddit or Facebook or any other social platform is one way you can get your name out in the world, but getting your name out is only half the battle, so to speak. If you’re providing a minigame or MMO style game server, advertising is very important as well as finding a way to distinguish yourself from every other similar game server out there. For a community server, though, the most important advertising you can get is by the players themselves. People play on community servers to play with friends. If they like their experience on a server, they’ll invite their friends to join. They might in turn invite their friends. Repeat six times and you’ve connected with the entire population of earth.

If you do try to advertise your server, though, keep in mind that messaging random people with your advert is generally considered rude on the internet. You have to have a reason they might want to talk with you, otherwise it’s no more effective than spam mail. I’ve certainly messaged a few people I knew that I thought might like hanging out in the community, and while I’m saddened that some of them didn’t want to, it’s ultimately their decision.

I’m definitely running low on energy now.. I feel like I’ve turned this information article into a rambling mess. Sorry about that. I think I’ll turn the next blog topic into a serial. That could be interesting. Would also mean I wouldn’t need to churn out a 20-page blog and you wouldn’t have to sit through the whole thing at once to read it. Would also mean you’d have to wait two weeks for the next installment. Could be fun :)

I thought I'd finish this blog off with a Derpy, but in the process of thumbing through some old images nearly scrolled past this masterpiece, figured I'd share this one instead. See ya later! Night all! 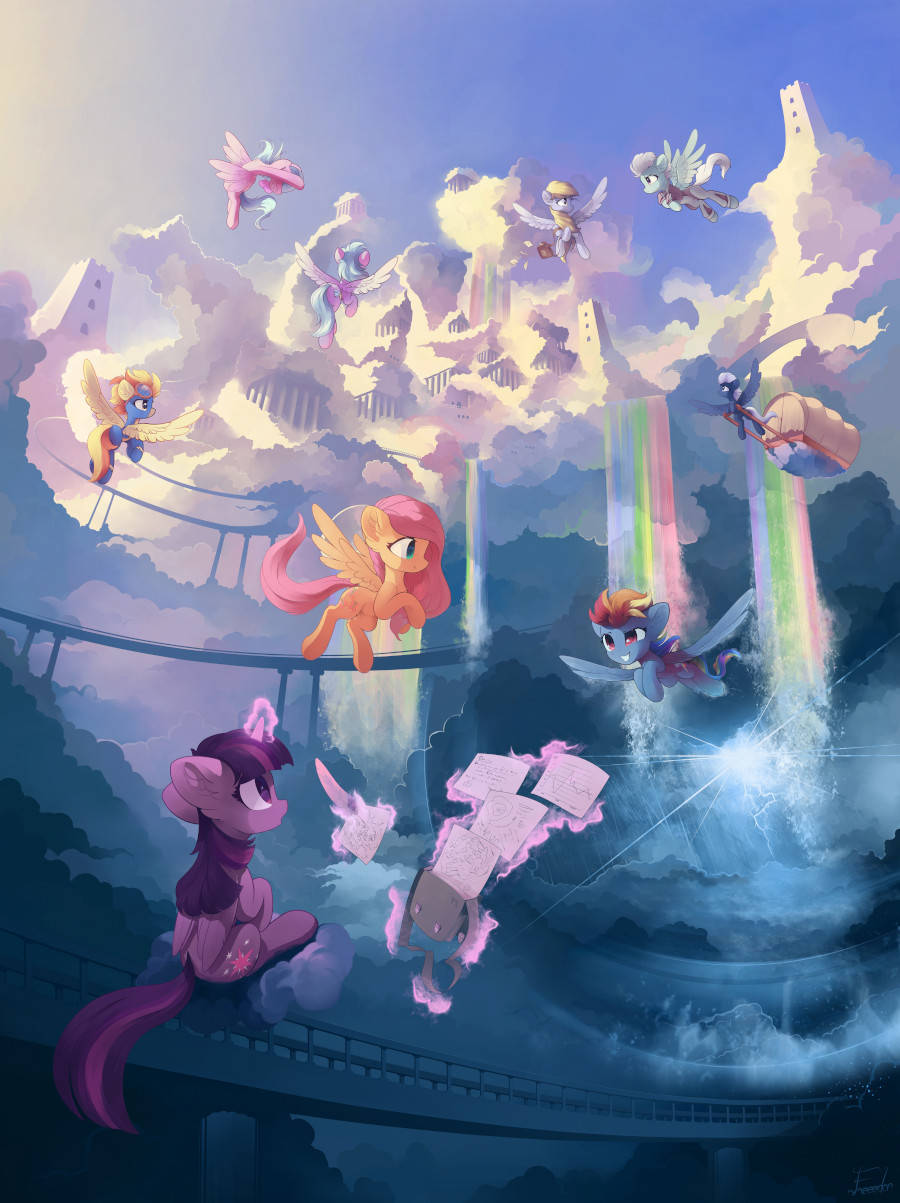